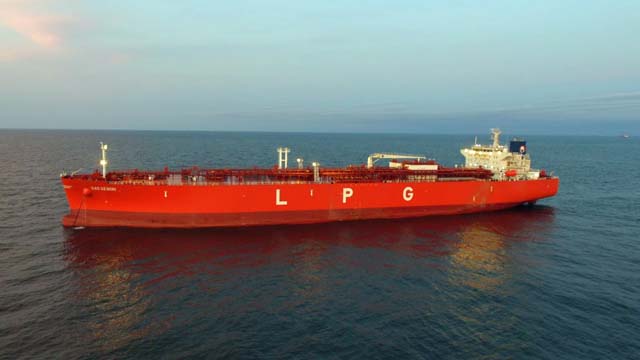 The Cosco Shipping Heavy Industry (Guangdong) yard will host the conversions of the MAN B&W 6G60ME-C engines aboard the Gas Gemini and Gas Aquarius to dual-fuel MAN B&W 6G60ME-LGIP units capable of running on LPG. The two vessels will be retrofitted in parallel, beginning May 2023. In a notable first, PrimeServ will jointly carry out the work with CSSC Marine Service (CMS), the after-sales subsidiary of CSSC Marine Power Group.

Per Rud SVP MAN PrimeServ said: “We treat every project on a case-to-case basis but this particular instance is notable in that it represents the first time that we are collaborating on a retrofit project with a licensee’s own after-sales division. I feel that it is important for the after-sales market to be aware that MAN PrimeServ is open to working with all partners in order to support shipowners globally. The successful negotiations with CMS have strengthened our partnership and both parties are more than satisfied with the result.”

The contract signing comes in the wake of Oslo-listed BW LPG – a leading owner and operator of LPG vessels – announcing in June 2022 that it, under MAN PrimeServ’s supervision, had converted the main engine of the BW Malacca to dual-fuel running. The last such conversion of a series of 15 LPG carriers, all work was carried out at Yiu Lian Dockyards in Shenzhen, evidence of China’s ability to successfully execute such retrofits.

Klaus Rasmussen, Head of Projects and PVU Sales, MAN PrimeServ, said: “In order to decarbonise the existing maritime fleet, switching to low-carbon fuel is the most effective tool. In this context, dual-fuel retrofits represent an eminent way for owners to maintain their assets’ value for years to come. Specifically, in the case of Very Large Gas Carriers, their ability to operate off their own cargo makes for a very positive business case. Tianjin Southwest has already ordered six vessels powered by ME-LGIP main engines and LPG is well on its way to becoming the standard in this segment. Currently, we estimate that there are 154 VLGCs with single-fuel engine technology that could benefit from conversion to LPG-running.”

Cost-wise, LPG is considered a better option than compliant fuel oil, with high lifetime savings prospects. By leveraging LPG as a marine fuel, vessels benefit from savings due to lower fuel consumption and full dual-fuel flexibility, which guards against price sensitivity to post-2020 fuel-price fluctuations. Furthermore, the ability to use LPG cargo as a supplemental fuel source reduces time and fees for fuel bunkering. Harnessing LPG propulsion also translates into cleaner, more efficient engines that are cheaper to maintain. In addition, the fuel flexibility of dual-fuel engines ensures full redundancy for uninterrupted operations.