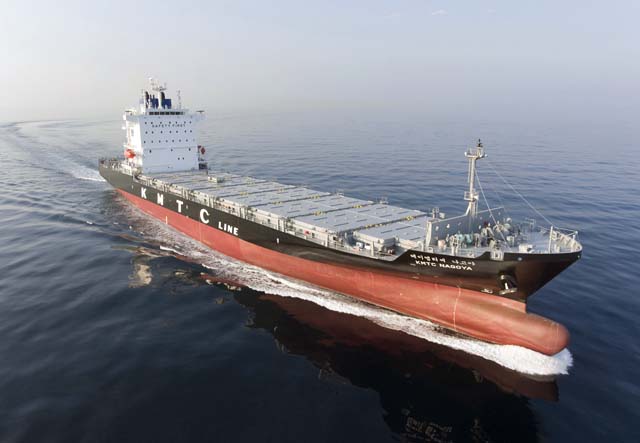 Korea Shipbuilding & Marine Engineering, an intermediate holding company of Hyundai Heavy Industries Group, says that it has succeeded in winning an order for eight ships worth a total of 525bn won.

The container ships ordered this time are 170m long, 27.6m wide, and 15m high, and will be built at Hyundai Mipo Dockyard in Ulsan and delivered to ship owners sequentially from the first half of 2025. These ships are equipped with LNG dual fuel propulsion engines, which can satisfy the strengthened IMO environmental regulations.

In addition, the PC ship type is 183m long, 32.2m wide, and 19.1m high, and will be built by Hyundai Vietnam Shipbuilding and delivered to shipowners by the second half of 2025.

Container ships are considered to be the most affected by the IMO environmental regulations which are scheduled to be implemented in 2023. According to Clarkson Research, a shipbuilding and shipping market analysis agency, 58% of containerships ordered worldwide this year are dual fuel propulsion, with LNG fuel accounting for the largest proportion.