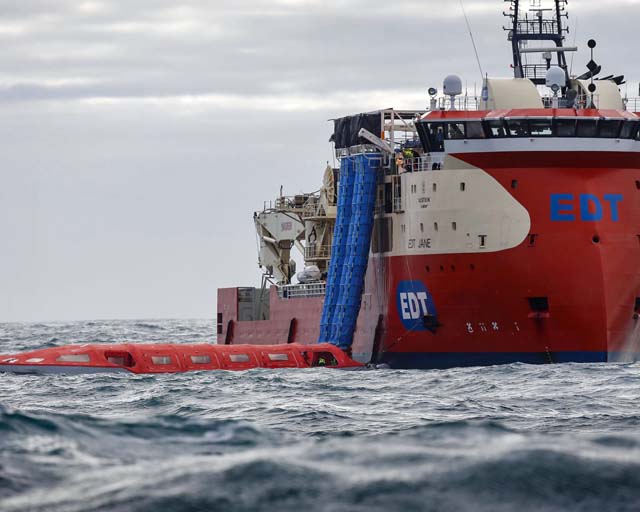 Seahaven was deployed from EDT Jane, an 80m offshore support vessel. The test was carried out in line with the SOLAS requirements for Novel Appliances which requires the test to be performed in conditions that do not drop below six on the Beaufort Scale. Key representatives from Lloyd’s Register were in attendance, with observers from UK MCA also onboard.
Seahaven, a novel lifeboat system that offers Helical slide-based mass evacuation from large passenger vessels, passed the rigorous HWST programme. This is considered a huge step forward in the critical development of Seahaven which brings this cruise evacuation system one step closer to full market introduction.
Ron Krisanda, Executive Chairman, Survitec, said: “This is a major milestone in the development of cruise safety technology. Passing HWSTs demonstrates that Seahaven has exceeded the highest safety performance standards.”
The two craft system has a total capacity of 1060 persons and can travel independently at six knots for 24 hours. Survitec now looks ahead to the next steps of this project, working with customers on the introduction of this solution.