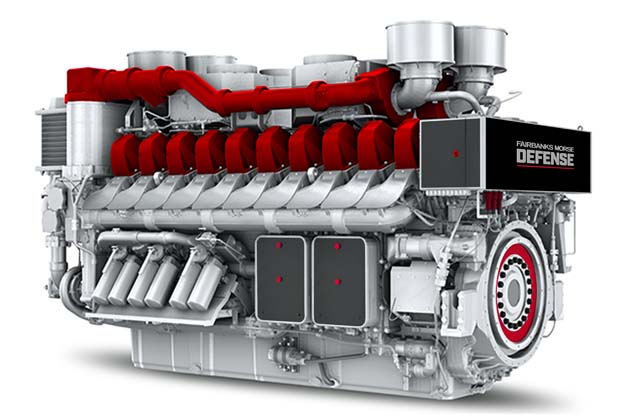 With more power density than competing high-speed engines in the maritime defense marketplace, the nForcer FM 175D is considered to be well suited to support the substantial power and propulsion needs of future unmanned naval vessels.

George Whittier, FMD CEO said: “The Navy’s future fleet will be electric, and the power requirements for each vessel to support advanced weapons and detection systems alongside standard operations will be greater than anything else we’ve seen over the past 20-30 years. Fairbanks Morse Defense has provided the Navy with some of the most trusted power and propulsion systems on the planet for nearly 100 years, making us uniquely qualified to support the Navy’s future efforts to protect the freedom of the seas with this high-speed engine.”

FMD says its proven marine technology is engineered for excellence to ensure reliable operation, extended asset lifecycles, and minimal downtime. The nForcer FM 175D engine is among a growing number of solutions for FMD, including a recently-created the Technology Center of Excellence, consolidating into one platform FMD’s emerging technologies. While previously known primarily as an engine manufacturer, FMD has spent the last two years acquiring companies and expanding its capabilities to provide products and services for the entire ship. Fairbanks Morse is a MAN Energy Solutions licensee.