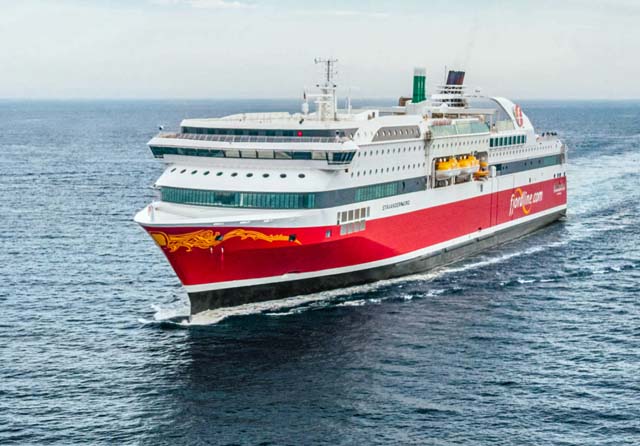 The move comes despite record high season revenues in 2022 following the global pandemic and travel restrictions. The revenues have been offset by volatility of gas prices and increases in the LNG fuel costs caused by the Russian invasion of Ukraine which have led to a non-sustainable financial situation for the company. Fjord Line receives no governmental energy aid. This has led to a dramatically increase in the energy costs for Fjord Line’s two LNG-operated ships, and significantly above a financially sustainable level.

Recently, the LNG ship departures from Vestlandet in Norway, Denmark, and Langesund in Norway have been reduced and crossing times increased. This is of course not the way Fjord Line intend to operate routes or the desired customer offering. However, adjustments to route operations were necessary as a consequence of the extraordinary high fuel costs especially on LNG. The company has worked hard to develop and evaluate long-term alternatives enabling a return to normal timetables.

The engine conversion enables the two LNG-ships to switch between LNG and MGO, which will ensure a financially sustainable operation until the LNG-price level is normalised. Fjord Line says its LNG ships had the most innovative and sustainable fuel solution when launched in operation during 2013 and 2014, and is saddened by the need for the conversion to MGO, despite it having significantly lower emissions of sulphur than traditional fuel such as HFO.

CEO Brian Thorsted Hansen said: “The conversion is however critical to maintain our customer offering, secure workplaces, and to secure the continued development of Fjord Line.”

Rebuilding of Stavangerfjord will start in January 2023 and will be finalised by the end of May 2023. Bergensfjord will be rebuilt during February to mid-June 2023. The ships are being rebuilt at Fosen Yard and the engines will be delivered by Wärtsilä.

Hansen concluded: “We sincerely apologise to our private and business-/freight customers using Fjord Line on these critical ferry routes between Norway and the continent, and consequently being affected by the changes.”