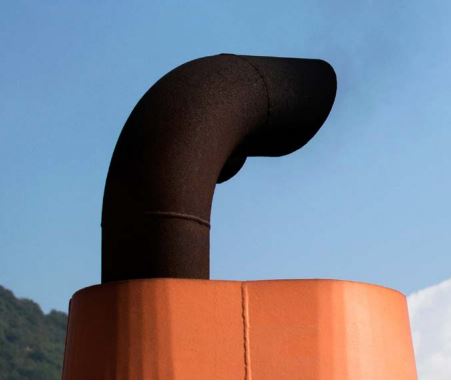 How has the introduction of the International Maritime Organisation’s low sulphur cap fared amid what has been one of the most turbulent years in living memory?

”Given that more than 60,000 ships plied the world’s oceans in trade last year, this was a remarkably low percentage of ships encountering difficulty in obtaining compliant fuel.

“We had a great deal of preparation during 2019 and before, from all stakeholders, and all indications are that there have been no significant issues with supply of low sulphur fuel oil.”

Even during the covid-19 pandemic, cargo-carrying ships continued to deliver goods and commodities, including essential foods and medicines, around the world and the introduction and implementation of IMO2020 did not cause any disruptions in trade. Some ships limited their air pollutants by installing exhaust gas cleaning systems/scrubbers.

More than 2,350 systems were formally reported to the IMO as an approved “equivalent method” by flag States administrations. The majority of ships trading worldwide switched from using heavy fuel oil (HFO) to using very low sulphur fuel oil (VLSFO), which were new blends of fuel oil, produced by refineries to meet the new limit, in accordance with IMO guidance and ISO standards.

Guidance issued by IMO on dealing with the new fuel blends in advance of the new requirement addressed implications of switching to VLSFO, including assessing and managing risks and highlighting potential safety risks, so that the risks can be mitigated.

Through 2020 and into 2021 to date (end January), IMO has not received any reports of safety issues linked to VLSFO. Nonetheless, during 2020, an IMO correspondence group considered fuel oil safety issues in general and the need for further mandatory requirements to ensure fuel oil supplied meets the required standards and quality.

The group’s report is now available and will be discussed at the next session of IMO’s Maritime Safety Committee (MSC), MSC 103 in May of this year. Prior to that, the eighth session of the Sub-Committee on Prevention of Pollution from Ships (PPR 8), scheduled to meet remotely from 22-26 March, 2021, will further consider VLSFO fuel quality issues, including possible effects on black carbon emissions.

Provisions in regulation 18 of MARPOL Annex VI regulate fuel oil quality. The International Convention for the Safety of Life at Sea (SOLAS) covers issues such as flashpoint (SOLAS regulation II – 2/4.2.1).

Apart from the requirements in MARPOL Annex VI and SOLAS, VLSFO is required to meet ISO standard 8217, as well as ISO Publicly Available Specification (PAS) 23263, providing guidance as to the application of the existing ISO 8217 marine fuel standard to 0.5% sulphur limit compliant fuel oils. Following a turbulent 2020 that saw a brief oil price war, a global pandemic and oil demand destruction, it is perhaps not surprising that to many it feels like concerns surrounding IMO2020 have long gone.

Examining the economics of using scrubbers, Gibson Shipbrokers said that prior to the onset of the pandemic, owners of tonnage fitted with scrubbers enjoyed a very healthy discount for high sulphur fuel oil (HSFO) versus VLSFO, which averaged between $250 per tonne and $300 per tonne in key bunkering hubs between December, 2019 and January, 2020.

However, the pandemic-driven oil price collapse meant that the spread sank to just $40–$60 per tonne between April and November last year.

For scrubber fitted tonnage, this meant that the savings for burning HSFO fell from $16,000 per day in January last year to just $3,000-$4,000 per day on the basis of VLCCs trading on TD3C (VLCC – Middle East Gulf/ China) route and slow steaming for most of last year, Gibson calculated. Despite such a dramatic decline, the scope for scrubber cancellations was limited, due to contractual obligations with shipyards and scrubber manufacturers. However, more recently, scrubber economics have started to become more favourable once again.

Offering some welcome news to those who invested in this technology was the upward trend in oil prices seen in January of this year. The spread between HSFO and VLSFO widened to around $80–$100 per tonne and scrubber savings climbed to above $5,000 per day for VLCCs.

In terms of tanker statistics, the scrubber uptake is the highest in the VLCC sector, followed by Suezmaxes, Gibson said. However, scrubber use is considerably lower for the smaller size groups. According to Gibson’s records as at January,2021, scrubbers have been installed on 31% of the existing VLCC fleet, while another 7% is yet to be retrofitted.

One year on from the introduction of the International Maritime Organization’s (IMO) low sulphur cap (IMO2020), indications are that the transition has been extremely smooth. This is testament to the preparations of all stakeholders prior to the new rules entering into force, the organisation claims.

In addition, 32% of current VLCC orderbook is expected to be fitted with the technology. As a result, close to 40% of the VLCC fleet could be scrubber-fitted by the end of this year, the shipbroker said. The actual scrubber penetration in the spot market is expected to be even higher when excluded tonnage (Iranian, sanctioned/storage vessels) are accounted for, while the anticipated recycling during 2021 will also reduce the absolute number of non-scrubber fitted tankers.

Although the scrubber uptake is significant for larger crude carriers, we are unlikely to see further exponential growth, Gibson countered. Major scrubber manufacturers reported a sizeable slowdown in new scrubber orders last year. Regulatory scrutiny is also expected to intensify. Today, the list of ports where the use of certain scrubber types is banned is extensive, while some governments are calling for a gradual phase out of the technology, for example the EU, or in extreme cases an outright ban – Canada’s stance.

Another positive stance was taken by Star Bulk Carriers Corporation’s president, Hamish Norton, during Capital Link’s Dry Bulk Sector webinar in January. During his talk, he described the company’s scrubber strategy as a good decision.

He claimed that the company had already covered half the cost of installing the technology, adding that the company expects to cover the rest of the costs this year. In 2018, Star Bulk decided to equip its entire fleet with scrubbers, and at the time said that it expected the average cost per unit, including installation, to be below $2m per vessel.

Despite last year’s unfavourable market conditions in terms of bunker prices for shipowners and operators with scrubber-equipped tonnage, Norton said that Star Bulk had hedged fuel spreads at the end of 2019 and at the beginning of 2020. January’s favourable differential of $100 per tonne will become more advantageous for scrubber-equipped vessels this year. “We think that the market will get better than that over 2021, as basically jet fuel and other low sulphur transportation fuels increase in demand,” he said during the webinar.

The current bullish sentiment was also shared by Wartsila’s Sigurd Jenssen, who said that scrubber inquiries were picking up again this year. He also agreed that the fuel price differential would increase going forward making the case for scrubbers more attractive (see Exhaust Gas Cleaning System feature). Last year, Wärtsilä referred its customers to a report from CE Delft on the climate impact of EGCs.

The study compared the results to the use of low sulphur fuels and was calculated from a well-to-wake perspective in order to achieve an accurate comparison. It concluded that the environmental impact of EGCS would be less than that of low sulphur marine fuel.

The report also noted that CO2 emissions associated with producing and installing an EGCS were small compared to those generated when operating the system. These emissions were mainly related to the energy demand of the system’s pumps, which typically result in a total increase in CO2 emissions of between 1.5 and 3%.

By contrast, with de-sulphurised fuels, the overall CO2 footprint increase was as a result of the refining processes. Theoretical calculations range from an increase in CO2 emissions of 1% to as much as 25%, when removing the sulphur content of the fuel. CE Delft said that while the lower figure was not physically possible, the higher percentage increase was applicable only to a quality of fuel that is too high for marine applications. Therefore, the conclusion was that the CO2 emissions associated with the production of low sulphur fuels would be between these extreme values.