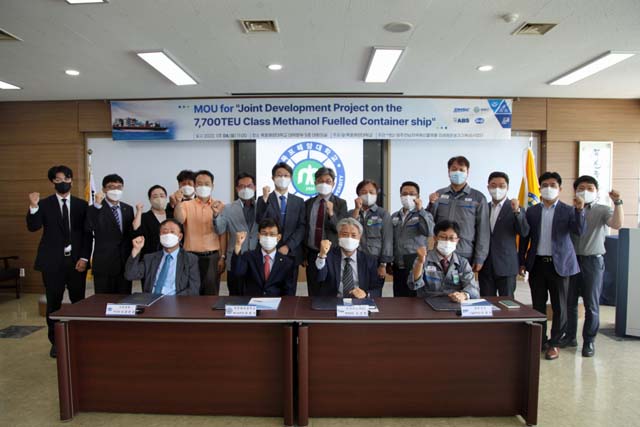 Methanol fuel-powered ships are seen as next-generation eco-friendly ships in which methanol fuel supply, storage, and supply-related system safety design, risk assessment, and hull structure are reflected in the design so that methanol can be used as the main fuel for ships instead of diesel oil, a traditional fossil fuel.

Methanol can reduce greenhouse gas by up to 25% compared to conventional marine fuel oil, and has the advantage of being easier to store and transport at room temperature compared to LNG fuel. In addition, the development of a dual fuel diesel engine that can use methanol fuel has been completed, and the cost of fuel tanks and fuel supply facilities is considered lower than that of LNG fuel. However, the energy density (14.9MJ/L) is low with LNG fuel (21.2MJ/L), and the production price and bunkering infrastructure are low.

Considering the increasingly strict marine environmental regulations and the movement to impose carbon taxes on carbon dioxide emitted from ships in developed countries including Europe, methanol fuel is inevitably in the spotlight as a next-generation low-carbon fuel for ships. From April 2021, Korea Shipbuilding & Marine University and Mokpo National Maritime University had conducted joint research to develop basic approval technology for ammonia-fueled preparation ships in response to the IMO initial strategy for greenhouse gas reduction.