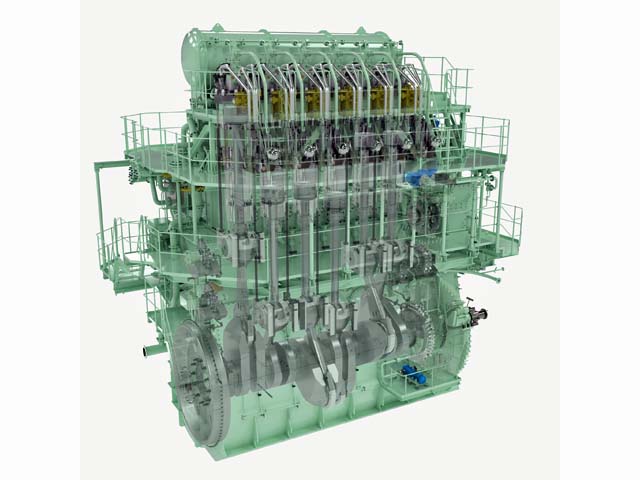 MAN Energy Solutions has announced that its portfolio of two-stroke, dual-fuel engines, which can run on a variety of alternative fuels, including LNG, methanol, ethane and LPG, now exceeds more than 1,000 units on order or in service.

The company notes that the new mark also comprises part of an even larger milestone of more than 2,500 Tier-III compliant engine orders.

Bjarne Foldager, SVP Head of Low-Speed, MAN Energy Solutions, said: “This is yet another, significant milestone for our dual-fuel portfolio that provides the green solutions desired by the marine market. Our low-speed engines offer multiple paths to decarbonisation and we see the increasing adoption of dual-fuel technology as an irreversible trend.”

MAN Energy Solutions’ dual-fuel journey began in 2011 with a full-scale demonstration of an ME-GI (Gas Injection) engine at its Research Centre Copenhagen, followed by the first engine delivery in 2014. The ME-GI remains the most prominent dual-fuel engine with more than 500 orders. It is claimed to be the most efficient LNG-fuelled engine available and has extremely low levels of methane slip, accounting for its popularity across vessel types such as container vessels, bulk carriers, tankers and car carriers.

The first engine tests of the ME-LGI (Liquid Gas Injection) platform began in 2015, followed by the first sea-trial for the ME-LGIM (methanol) engine in 2016. Development of an ethane (ME-GIE) unit followed in 2016 with sea-trials in 2017. Currently, more than 240 dual-fuel engines have entered service, while an MAN B&W ammonia-fuelled engine is due to be delivered to a shipyard by 2024.

Thomas S Hansen, Head of Promotion and Customer Support, MAN Energy Solutions, said: “Of the 1000 dual-fuel engines on order or in service, these include more than 214 ME-GA engines, testimony to the success of the second-generation Otto-cycle engine for LNG carriers that offer reduced methane-slip emissions. The first ME-GAs have already been delivered to shipyards and the first vessels will enter service in June 2023. In general, our future outlook on dual-fuel contracting per number of vessels expects that 50% of all vessels will be dual-fuel by 2026. Measured in engine power, more than 60% of all ordered engines are expected to be dual-fuel in 2026.”

Peter Quaade, Head of Dual-Fuel Engine Group Two-Stroke Operations MAN Energy Solutions, said: “The performance of newly developed engines demands heightened attention upon their market introduction to optimise performance and resolve any technical challenges. Over time, we have identified and resolved issues such that our dual-fuel portfolio is reliable, mature technology that has achieved exceptionally high running-times of more than 95% on alternative fuels. These dual-fuel engines’ seamless switching between fuels, elimination of fuel-slip, and use of the Diesel combustion principle ensures that they easily adapt to whatever fuels the industry may prefer in the future.”