MAN ENERGY SOLUTIONS RESTRUCTURES BOARD TO FOCUS ON CLIMATE ISSUES 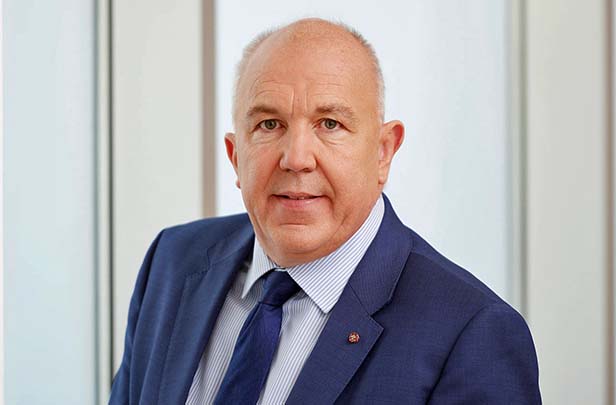 Stiesch will take over the Technology department, previously headed by CEO Dr Uwe Lauber in a dual role, Stiesch was previously Head of Engine Development at the company and has worked for the company in responsible R&D functions for almost 15 years.

Lauber will in future assume responsibility for Sales, for which he has previously been responsible, in addition to his role as Chairman of the Board of Management. Chief Sales Officer, Jones is leaving the company to pursue new challenges.

The reassignment reflects the particular importance of the Technology portfolio in the coming years for the development of the company into a solution provider for climate-friendly technologies. The overall size of the Executive Board remains unchanged.

Stiesch, who holds a doctorate and habilitation from Leibniz Universität Hannover, began his professional career in 2003 as a development engineer at MTU Friedrichshafen. In 2008, he took over as head of the development department in the four-stroke engine and exhaust aftertreatment division at the former MAN Diesel & Turbo before becoming overall head of the company’s engine development at the Augsburg and Copenhagen sites in 2017. He also holds a professorship at Leibniz University in Hanover.

Gunnar Kilian, Chairman of the Supervisory Board of MAN Energy Solutions, said: “MAN Energy Solutions has a clear strategy for the future that focuses on large-scale solutions for climate protection in shipping and industry. I am therefore delighted to have Dr Gunnar Stiesch join the Executive Board as an experienced developer and manager who has already successfully driven forward the employment of climate-friendly technologies in the company in the past.”

Jones is leaving the company after 17 years of professional success. The Briton had been appointed Chief Sales Officer in 2016 and since then has repeatedly reported record order intake and sales.

Kilian said: “Wayne Jones has played a key role in shaping the company in difficult times and has successfully further developed its market position. MAN Energy Solutions is on the home stretch to a new peak in order intake in 2022.”

The Supervisory Board has extended its express thanks to Jones for his successful cooperation and tireless efforts over many years, and wishes him all the best and every success in his future endeavours.