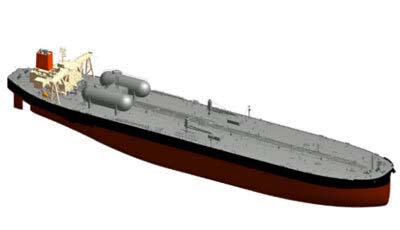 Mitsui OSK Lines (MOL) has signed construction deals for four Capesize bulkers and two VLCCs, which will all use environment-friendly LNG as their main fuel.

The four 210,000 dwt 300m Capesize bulkers will be built at CSSC Qingdao Beihai Shipbuilding, marking MOL’s first newbuilding contract with this yard. The new ships are scheduled for delivery in 2025 and 2026.

The order for the two 309,000 dwt 339.5m VLCCs was placed in conjunction with with Kawasaki Heavy Industries, and the vessels will be built by the Dalian COSCO KHI Ship Engineering shipyard which is jointly operated by KHI and China COSCO Shipping Corporation. This is the first LNG-fuelled VLCC ordered from a Japanese tanker operator. The newbuild VLCCs are scheduled for delivery in 2025 and 2026.

All are designed to comply with Phase 3 EEDI regulations. The MOL Group aims to achieve net zero GHG emissions by 2050. It plans to expand its fleet of LNG-fuelled vessels to about 90 by 2030. Compared to conventional marine fuel oil, LNG is expected to reduce emissions of CO2 by about 25%-30%. LNG can later be substituted with synthetic methane produced using renewable energy sources, which can significantly further reduce GHG emissions.

To date, MOL Group has ordered 16 ocean-going LNG-fuelled vessels which includes these Capesize bulkers and VLCCs, in addition to car carriers, bulkers, and six coastal vessels (ferries, tugs, and coastal cargo vessels). It will further continue to widen the use of LNG fuel as an initiative that it can take now, to accelerate toward the complete elimination of GHG emissions.