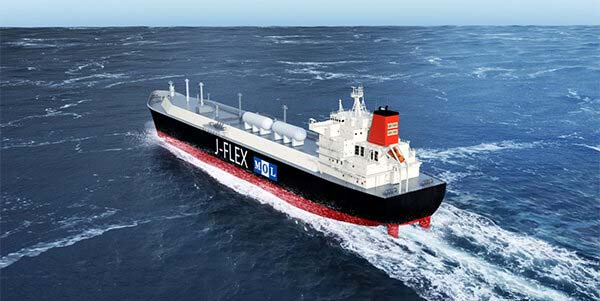 Mitsui OSK Lines (MOL) and NYK have signed a memorandum of understanding (MoU) with JERA to launch a study of transporting ammonia for use as fuel, including shipments to JERA’s Hekinan Power Station in Aichi Prefecture, which is scheduled to start commercial operation in the late 2020s.

Ammonia is currently mainly used as a raw material for fertilizers, and the amount of ammonia transported by sea is limited, but with ammonia emerging as a next-generation clean energy source that does not emit carbon dioxide during combustion, large-scale demand for ammonia is expected in the future.

Based on the MoU, MOL and NYK will team up with JERA to develop a large ammonia carrier and establish a safe transport system. Specifically, the MoU covers examination of the following topics:

For the standardisation of carriers, NYK will utilise its in-house resources, including its Project Engineering Team, to study and develop the most appropriate hull design from the concept stage. The type of Ammonia-fuelled Large Ammonia Carrier which is now under development for the purpose of transporting large amount of liquefied ammonia. is known as J-Flex.It is designed to use Japanese ports which are currently used for discharge of coal.

Under the MoU the companies will collaborate to establish a method of transporting ammonia as fuel for power generation, aiming to establish the world’s first supply chain for ammonia fuel.