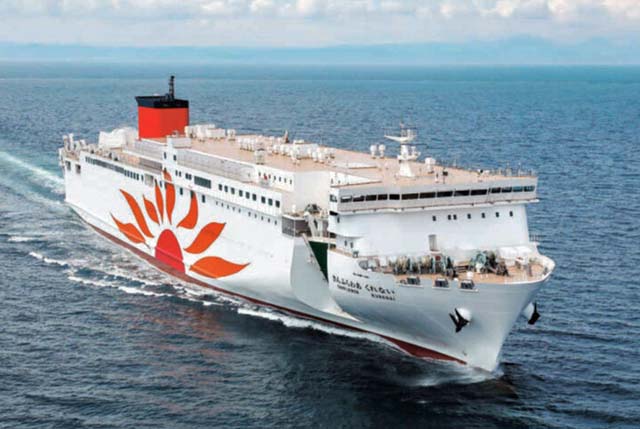 Compared to earlier ferries, the new vessel offers greater transport capacity and convenience for both cargo and passenger transport. It is Japan’s first ferry to adopt the latest environmental-friendly specifications including a high-performance dual-fuel engine, which can run on both LNG and HFO. The use of LNG fuel is expected to reduce emissions of CO2 by about 25%, and SOx by virtually 100%.

The MOL Group’s target is net zero GHG emissions by 2050, and it is promoting the wider adoption of LNG fuel through development and advancement of an LNG fuel supply system in Japan and overseas. In the ferry business, MOL has already ordered four LNG-fuelled ferries, including this vessel. Following the Sunflower Kurenai and the Sunflower Murasaki, the first and second LNG-fuelled vessels operated by Ferry Sunflower, the company plans to build two further LNG-fuelled ferries and put  them into service in 2025 to replace vessels currently plying the Oarai-Tomakomai route operated by MOL Ferry.