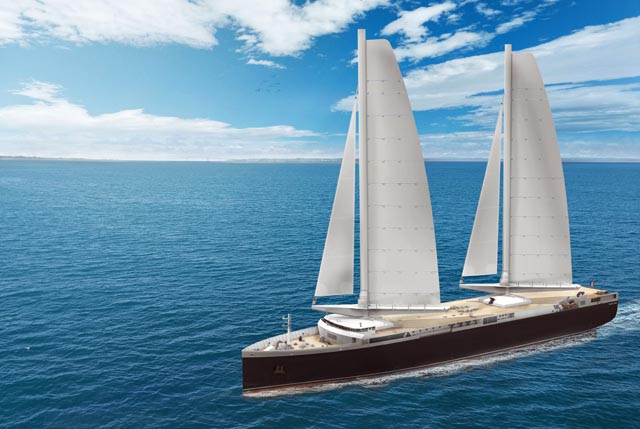 French company  Neoline Armateur , which hopes to establish a fleet of sail-assisted ro-ro vessels, has announced that it has secured an investment from ro-ro operator Corsica Ferries.

The ferry operator has taken a stake in the first wind-powered Neoliner vessel, which is intended to operate trans-Atlantic ro-ro cargo. Among other backers of the project is French container shipping giant CMA-CGM as well as several other high-profile French manufacturing companies.

Corsica Ferries president Pierre Mattei said: “As a responsible shipowner, we have a duty to support the energy transition by supporting these solutions of the future, veritable laboratories for the propulsion of the maritime transport of tomorrow.”

Neoline intends to employ the Chantiers de l’Atlantique solid sail system, on its vessels. The sail rig can be tilted to reduce air draught, Chantiers has taken delivery of a prototype 60m full-scale mast using carbon fibre composites, and the rig is currently undergoing trials and demonstrations with a 1200m2 sail at the St-Nazaire shipyard.