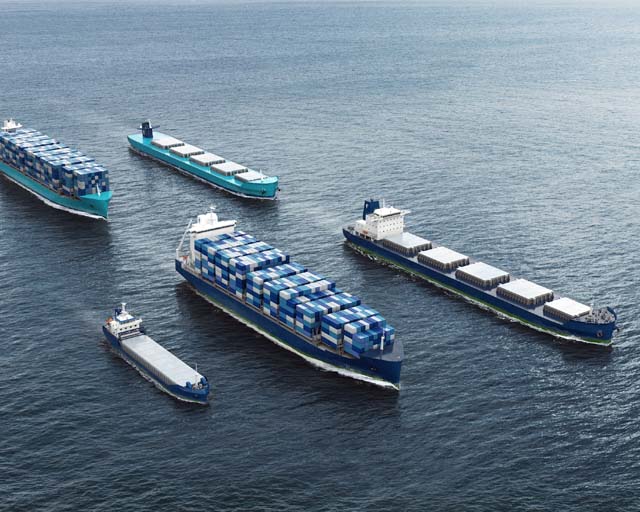 One Sea, an open industry alliance formed to lead the way towards autonomous shipping, advises that with the need for action on climate change becoming increasingly urgent, the maritime industry could make good use of autonomous technology to support its decarbonisation efforts.

The recent UN report in which scientists issued a stark warning on climate change comes a year after the Fourth IMO Greenhouse Gas Study 2020 projected a 90–130% increase in GHG emissions from shipping by 2050. Based on a ‘business-as-usual’ scenario, this prediction contrasts sharply with the IMO’s target to halve maritime emissions by the same year.

Against this background, the industry must act swiftly and decisively to mitigate its environmental impact – and autonomous technology can make a significant contribution to these efforts, says One Sea, the consortium aiming to establish the first autonomous maritime ecosystem by 2025.

Eero Lehtovaara, One Sea chair, master mariner and head of regulatory and public affairs for ABB Marine & Ports, suggests that an important environmental dividend from autonomous technology will be a result of improved safety.

“Maritime incidents like groundings and collisions, which can have a serious impact on the environment, are often attributed to insufficient situational awareness,” said Lehtovaara. “By constantly monitoring a vessel’s position in relation to hazards including other ships – and ensuring it maintains a safe distance from these threats – autonomous technologies can help to prevent accidents and thereby protect the environment. The way forward is to ensure that we combine the best of human capabilities with technologies that support them, like a ‘cobot’ working alongside the crew.”

However, autonomous and automated navigation also benefit the environment by increasing voyage efficiency, he says, in turn contributing to decarbonisation. “The technology improves productivity and fuel efficiency by continuously reacting to small changes with small actions rather than intermittently responding to larger changes with more significant actions.” This results in reduced emissions for the same cargo volume transported, Lehtovaara said.

Lehtovaara’s observations are consistent with the findings of One Sea member Wärtsilä. In a recently published white paper, The future of Smart Autonomy is here, the marine technology provider reveals that autonomy solutions can yield fuel savings of 10% or more on longer voyages by optimising vessel routing and speed. Meanwhile, on a two-hour voyage, a mere 60s reduction in docking time can cut fuel consumption by 2-3%/min, the paper reports.

JIT arrival has received further endorsement from the Global Industry Alliance to Support Low Carbon Shipping, whose investigations show that a reduction in speed of as little as 10% can lead to a 30% decrease in CO2 emissions.

As a provider of cargo-handling solutions and services, One Sea member Cargotec has a strong drive towards decarbonising the maritime industry. Cargotec operates through MacGregor and Kalmar business areas. MacGregor is a strong proponent for technology-enhanced port operations as a means of maritime decarbonisation. The company developed the world’s first autonomous bulk cranes in collaboration with ESL Shipping, installing three of the machines on two ESL liquefied natural gas-powered Handysize bulk carriers. By providing extended service life and reducing vessel turnaround time through optimised load handling, the cranes contribute to sustainable port operations.

More recently, MacGregor collaborated with Kalmar and fellow One Sea member Kongsberg Maritime on the world’s first autonomous and zero-emissions container ship, Yara Birkeland. The innovative vessel, which transports fertiliser from the Norwegian city of Porsgrunn to deep-sea ports in the towns of Larvik and Brevik, features automated mooring from MacGregor, autonomous loading and unloading from Kalmar, and sensor and integration technology from Kongsberg. Together, these systems support the ship’s efficient operations, which dramatically lower emissions by eliminating up to 40,000 lorry journeys annually in a densely populated part of Norway.

Society’s overreliance on road transport is something Kongsberg is aiming to address through a joint venture with global shipping company Wilhelmsen. Established in 2018, ‘Massterly’ aims to “enable a shift in transport from road to sea” by offering support with vessel design and approval, control systems, logistics, operations, insurance, and financing. Massterly and Kongsberg are currently involved in a project to equip two new fully electric autonomous cargo ships for Norwegian grocery distributor ASKO. Due for delivery in early 2022, the vessels will replace two million kilometres’ worth of lorry transport to eliminate 5,000 tonnes of CO2 emissions per year.

The anticipated environmental benefits of the Kongsberg and Cargotec projects align with the assertions and findings of other One Sea members including ABB, Awake.AI and Wärtsilä. Based on this evidence, autonomous technology could help to ensure that by 2050, the shipping industry has avoided the IMO’s bleak emissions forecast – and instead realised its ambitious reduction target.