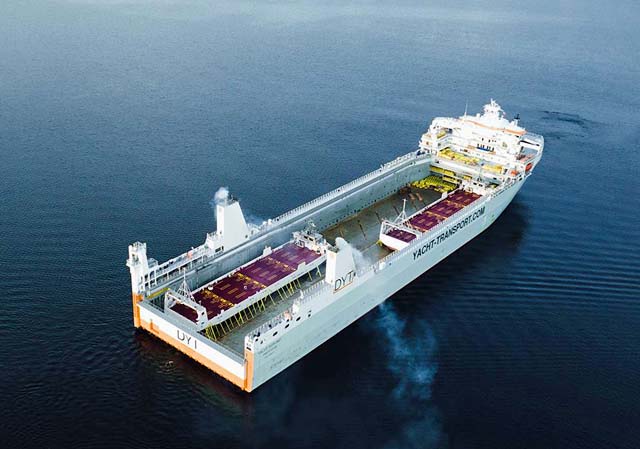 The two vessels, known by Asko as ‘maritime drones’ were named Marit and Therese. When in operation, between Moss and Horten, they will cross the Oslo Fjord daily, replacing an estimated 1 million km of road transport, which corresponds to approximately 16,600 driver hours annually and will contribute to a saving of 5,000t equivalent CO₂ emissions per year.

The vessels will mainly carry groceries for NorgesGruppen’s grocery chains. Initially, the ships will sail with a limited crew of around four people. After an extensive trial period of two years, the plan is to let them sail completely without people on board. Instead, the ships will be monitored from shore in Horten.

Just Olsen said: “This is a very special day. Baptism is only the beginning of a long journey. We are paving the way for new projects to come.”

The vessels were delivered by heavy lift ship (see picture) from Cochin in India, sailing up the east coast of India before crossing the Arabian Sea, then through the Suez Canal, crossing the Mediterranean and the Bay of Biscay before sailing through the English Channel bound for Horten.