SEAHAVEN INFLATABLE LIFEBOAT TO BE INCORPORATED INTO CRUISESHIP DESIGN 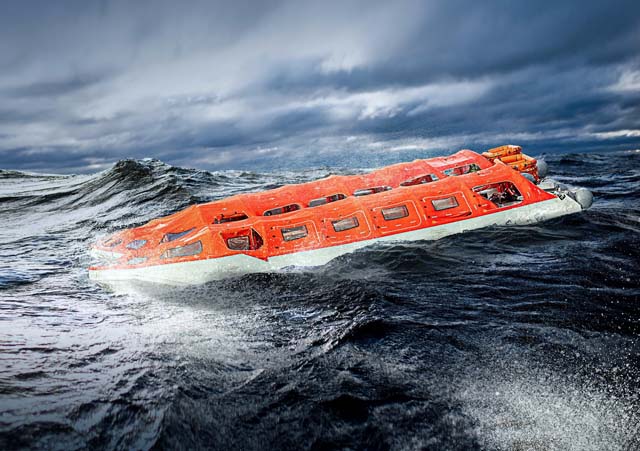 The companies have established an industry working group with a view to installing the Seahaven advanced evacuation system (AES), as the primary means of evacuation onboard Norwegian Cruise Line’s next Prima Class of ships.

The 1,060-person capacity Seahaven, a self-propelled inflatable lifeboat, is believed to marks a step forward in maritime safety. The system works in conjunction with a marine evacuation system (MES), the first of which was installed aboard Norwegian Epic in 2009. Seahaven successfully passed Heavy Weather Sea Trials (HWST) in December 2021.

Ron Krisanda, Executive Chairman, Survitec, said: “Our involvement in this important project is a testament to the strong relationship we have with NCLH as their trusted safety solutions partner. We are delighted to be working alongside these visionary organisations to help equip cruise ships of the future with pioneering survival technology.”

Richard McCormick, Product Manager AES and MES, said: “Seahaven also offers opportunities for naval architects to optimise vessel design. By replacing conventional lifeboats with Seahaven, we solve the challenge of being able to evacuate an increasing number of cruise passengers quickly, safely and comfortably, while freeing up to an additional 85% of existing lifeboat deck space for greater passenger experiences.”

Typically, a 4,000-passenger capacity cruise ship would require at least 12 to 16 lifeboats and up to four MES with liferafts, taking about 30 minutes to evacuate the ship. Four Seahavens would be required to evacuate the same number of passengers in the same amount of time.