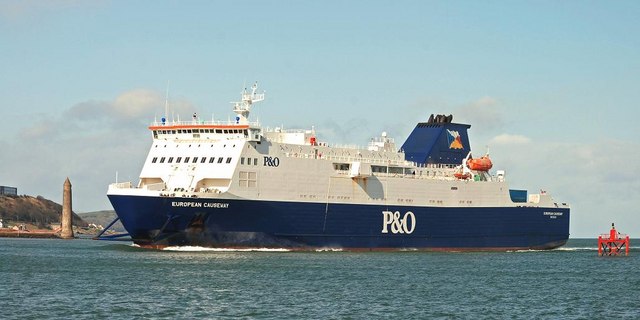 Maritime professionals’ organisation Nautilus International, along with other unions representing seamen and officers on ro-ro and ro-pax vessels have spoken out at length about P&O Ferries decision to, with minimal notice, terminate the employment of 800 seafarers and effectively tear up safe working practice agreements, a decision which the unions consider breaks employment law and potentially reduces safety standards.

The union points out that in 2019 P&O Ferries ordered new ‘super ferries’ for its flagship Dover to Calais services. Now, with P&O Ferries breaking from its social obligations and agreed safety standards, these ferries raise further concerns of increasing levels of fatigue on the short sea route.

The reported £220 million investment in new tonnage, to arrive in Dover in the Autumn of 2022, represents a significant opportunity to improve fuel efficiency and improve speed of turnaround operations – according to company reports surrounding the P&O Pioneer and P&O Liberte. However, the company does not mention the impact shorter turn arounds will have on crews who already operate 10 daily crossings of the world’s busiest shipping lane.

P&O Ferries in 2012 abandoned plans to instigate a working pattern of two weeks onboard, two weeks rest for crews working 12-hour days on the short sea routes. This was in response to a fatigue audit undertaken by Professor Andrew Smith of Cardiff University, who in recent press statements confirms the significant fatigue already existing in short sea ferry operations.

P&O Ferries CEO Peter Hebblethwaite, in what Nautilus describes as “his brazen admissions of unlawful corporate practice”, also admitted to not seeing a safety risk assessment over plans to fire and replace all the company’s UK seafarers, yet confirmed crew would be working longer tours of duty on insecure contracts of employment through third party crewing agencies. Nautilus says that Hebblethwaite has consistently failed to answer concerns over safety, with the UK Marine & Coastguard Agency (MCA) acting to detain two P&O Ferries vessels including ro-ro European Causeway (pictured), after port state control inspections, and the company insisting, without evidence, that the planned working patterns on the short sea, and on routes elsewhere, are safe.

P&O Ferries plans to minimise loading/unloading operations on the new vessels. This will increase the pace of operations and run the very real risk of further compounding seafarer fatigue. Any changes to trading patterns will impact those engaged in vessel operations and crews will suffer the consequences of being forced to operate to ever tightening timetables and demands. Alongside precarious employment practices this could lead to a return of the toxic work culture and practices of ferry operations in the 1980s, which resulted in the deaths of 193 passengers and crew in the Herald of Free Enterprise disaster and led to the introduction of the ISM Code.

Nautilus general secretary Mark Dickinson said: ‘Our concerns about the safety of P&O Ferries operations remain. The new crewing model is not safe and whilst Nautilus continues to work with government to secure protections against sub-standard operators, seafarers continue to be placed at risk, as well as the travelling public. These new vessels, which would have been introduced to the company’s fleet in collaboration with maritime unions to support safety and sustainability in crewing and operations, will now likely be used to further exploit precarious employment practices that compromise safety and induce fatigue.’