WILL COVID-19 USHER IN A NEW DEAL? 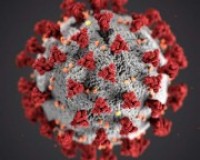 In the global depression that followed the Wall Street Crash of 1929, it is argued that 7 million people died of starvation, severe malnutrition, infection and suicide before Roosevelt’s New Deal was rolled out in 1933.

While historians continue to debate the figure, the Great Depression devastated economies around the world, particularly the US, where half of all banks failed. Unemployment rose to 25% and homelessness increased. Housing prices plummeted 30%, international trade collapsed by 65%, and prices fell 10% per year.

So, could the global response to the new coronavirus be pushing us all unwittingly towards the brink of global economic disaster?

In a globalised world that still operates on the Keynesian principle that spending boosts output and generates more income, resulting in GDP growth, a world in lockdown and unable to spend, unable to produce, will have significant repercussions.

All but the most necessary of retailers have shut up shop, mass transport system capacity has been reduced, flights cancelled, employees are compelled to remain indoors and work from home. City centres and high streets are eerily quiet, devoid of the hustle and bustle of everyday life.

Even the current low crude oil price, which in normal circumstances would be a boon to consumers, producers, manufacturers and shippers alike, makes little difference when production is grinding to a halt, consumers are self-isolating and no one is buying.

Although consumer stockpiling may temporarily keep container lines and some grain trades open, other shipping sectors, however, are struggling as the pace of global production slows. And if the shipping industry is a proxy for global economic growth, then the near-term outlook looks bleak.

We are already seeing the effects of a lack of market demand for all sorts of goods and services, particularly in the leisure, travel and hospitality sectors. Negative demand has hit the cruise and ferry sectors particularly hard, with some companies laying up ships and laying off people.

Construction projects are being suspended which is likely to impact the bulk trades, and those carriers with cargoes still to shift are being delayed at port, many of which have implemented strict controls to limit the spread of infection.

And with more countries now closing their borders, global trade could be further impacted as vessels struggle to transfer crews. Some seafarers are already stuck in transit and unable to return to ship or their families.

Keeping global routes and gateways open for trade should be a priority for all Administrations and in this regard, one can understand Trump’s recent posturing about reopening the economy by Easter, before Americans feel the full impact of economic deprivation. But this of course is highly unlikely, given the current upward nature of the coronavirus curve and a vaccine, some analysts suggest, still eighteen months away.

So the inevitable American sneeze will add a heavy cold to the world’s woes, and, despite the efforts of many governments around the world to prop up their respective economies, a full blown recession is the more likely near term economic outcome – it all depends on when we come out of this lockdown and whether or not there are new infections once we start socialising again.

Whenever we become immune to this particular virus, by mid-2021 researchers predict, society is unlikely to be the same as we left it three months ago.

Companies could realise they no longer need big offices as everyone can do a good enough job working from home; transport infrastructures could be able to cope with the reduced demand; free at the point of use healthcare and a minimum liveable wage could be a basic human right; we will realise that we can achieve substantial emissions reductions very quickly, and we will see how rapidly the environment heals; there could be a baby boom (or increase in divorce rates); and John Maynard Keynes’s system could be replaced with something fairer, something stable. A New Deal.

At the time of writing, there were 475,170 cases of coronavirus, 21,358 people had died and 114,787 had made a recovery, in a global population of 7.8 billion people. Imperial College London estimates that in the absence of government interventions, there would be 7 billion infections and 40 million deaths this year.